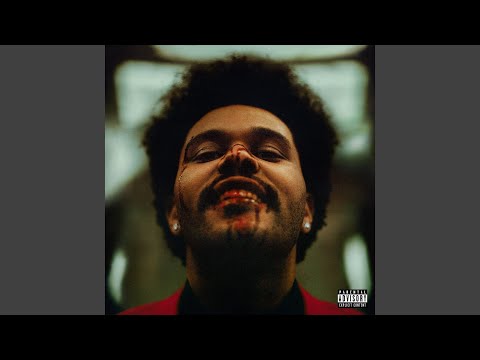 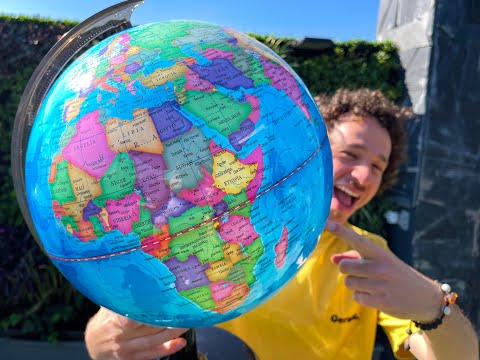 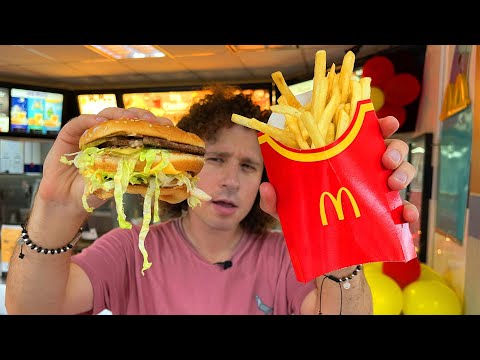 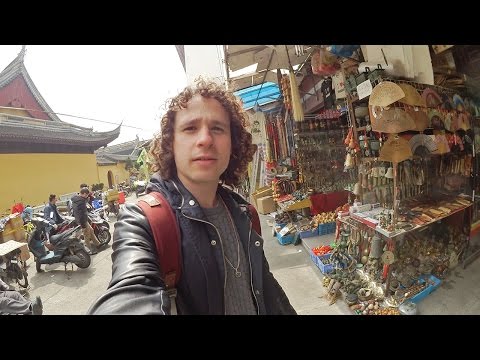 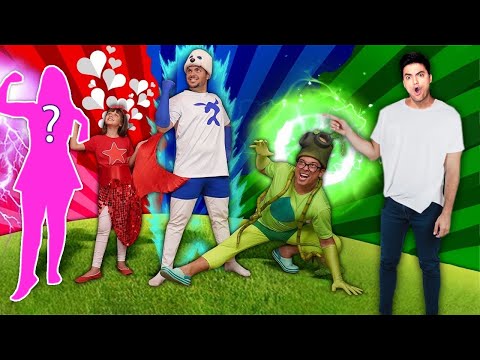 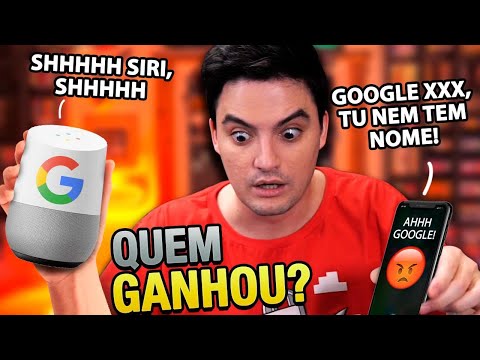 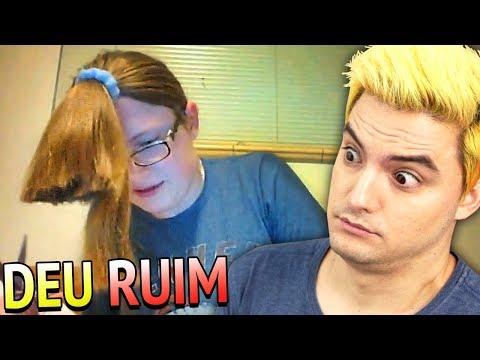 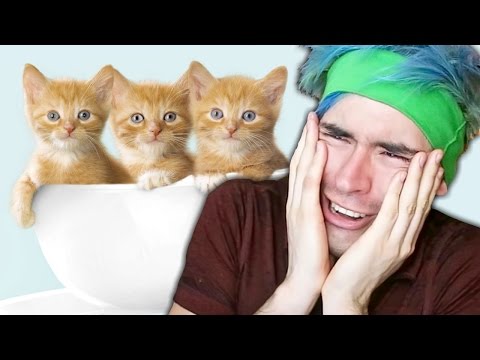 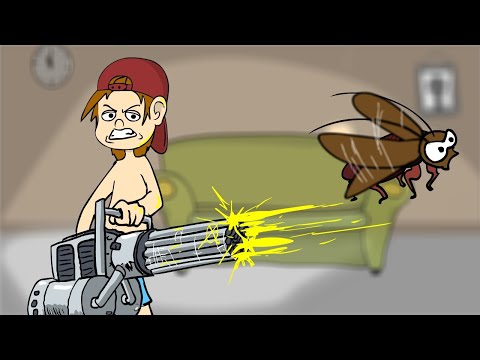 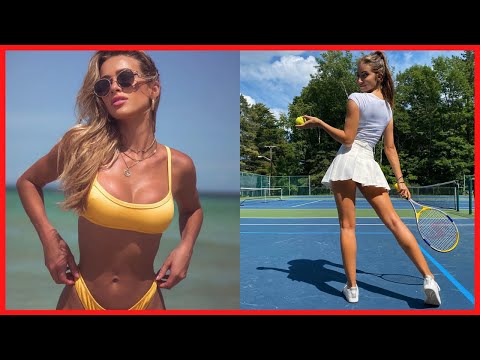 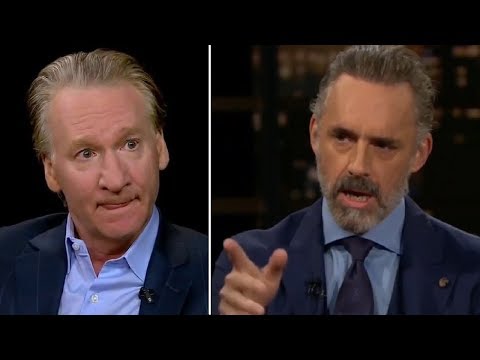 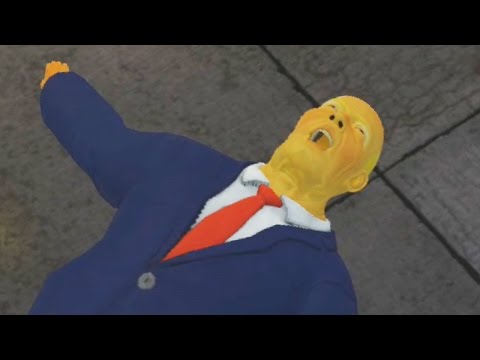 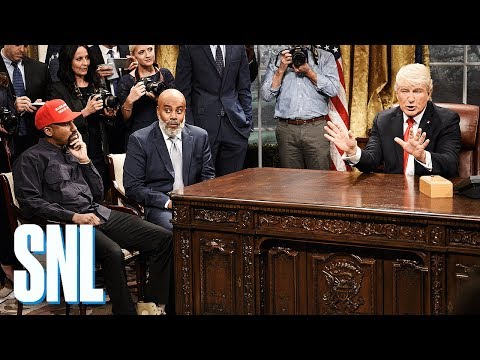 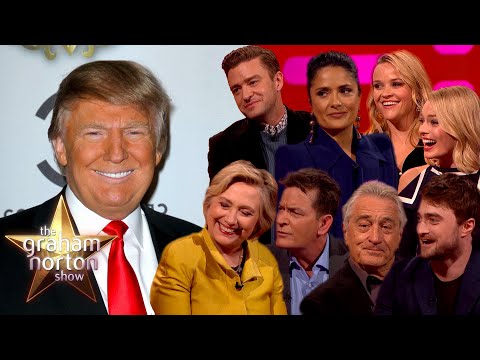 We’ve had some hilarious stories about President Donald Trump, what better time to go through some of them. 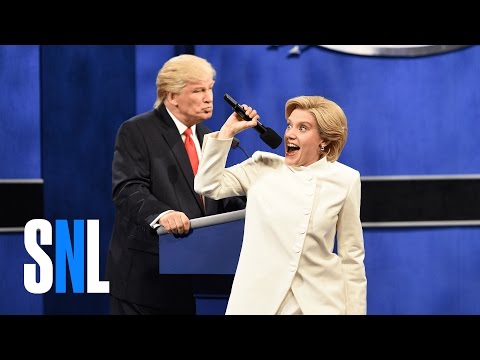 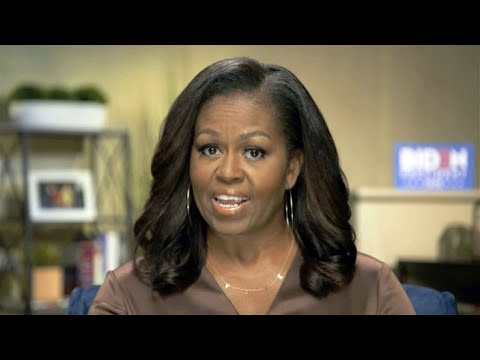 Trump responds to Michelle Obama's speech with jab at 'your husband'

Trump to Michelle Obama I wouldn’t be here if it weren’t for Barack.

Trump to Michelle Obama I wouldn’t be here if it weren’t for Barack.

President Donald Trump responded Tuesday morning to former first lady Michelle Obama’s forceful rebuke of his character and leadership — claiming that he would not have been elected to the White House were it not for what he called the failings of her husband’s administration.

“Somebody please explain to @MichelleObama that Donald J. Trump would not be here, in the beautiful White House, if it weren’t for the job done by your husband, Barack Obama,” Trump wrote on Twitter. read more

In her keynote speech to the Democratic national convention on Monday night, Michelle Obama reprised a message from the 2016 campaign in which she urged Democrats not to take Donald Trump up on his insults and mockery.“When they go low,” she said, “we go high.”On Tuesday morning, Trump duly went low, attacking Obama after she said he “is clearly in over his head” as president.“Somebody please explain to Michelle Obama that Donald J Trump would not be here, in the beautiful White House, if it weren’t for the job done by your husband, Barack Obama,” Trump tweeted. “Biden was merely an afterthought.”Trump went on to accuse Barack Obama and Joe Biden, the former vice-president whom Democrats will officially nominate for president this week, of “treason”, then attacked Michelle again during a White House ceremony marking the 100th anniversary of the 19th amendment, which gave women the right to vote.“She was over her head,” the president said, “and frankly, she should’ve made the speech live, which she didn’t do, she taped it. And it was not only taped, it was taped a long time ago, because she had the wrong [coronavirus] deaths and she didn’t even mention the vice-presidential candidate” – Kamala Harris, named by Joe Biden last week. Trump also complained about the former first lady receiving “fawning reviews” and said he thought her speech was “extremely divisive”. Obama delivered the climactic address on the first night of a four-day convention produced in Milwaukee, Wisconsin but playing out almost exclusively online, with speakers and entertainers filling two hours of live-streamed content each night. Trump was one of few Republicans to respond to the former first lady, whose reappearance on the national stage was greeted enthusiastically by Democrats. Obama’s husband is scheduled to address the convention on Wednesday.“Michelle Obama as anchor can make any relay team a gold-medal winner, but the [Democratic National Committee] did a lot of work for Joe Biden tonight,” tweeted David Axelrod, a former top adviser to Barack Obama.“Not everything worked, which figures, given the magnitude of the virtual format they’re trying. But much of it did. Solid first night.”In an unprecedented election season mostly devoid of campaign rallies, handshakes and selfies with the candidate, the Democrats were preparing for a second night of what might be the biggest experiment of all: moving an event meant to display the density of the party’s enthusiasm into the diffuse online world. Following Eva Longoria on Monday night, the actor Tracee Ellis Ross, star of Girlfriends and Black-ish, was slated to emcee proceedings on Tuesday. The official schedule included a unique “keynote address” by 16 rising stars of the party, including the former Georgia gubernatorial candidate Stacey Abrams. The political star power was to grow through Tuesday evening, with speeches by the Senate minority leader, Chuck Schumer, and 2004 presidential nominee John Kerry to be followed by read more 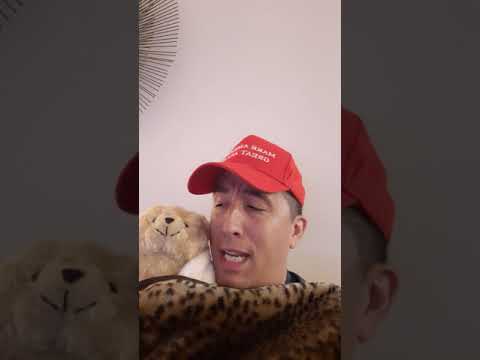 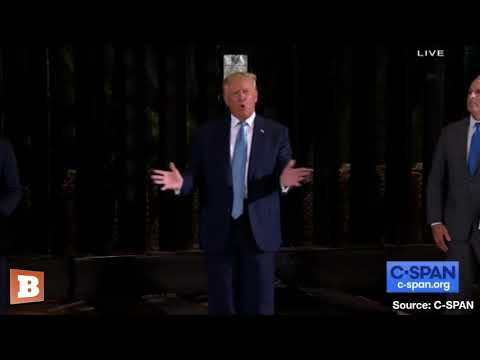 “[Michelle Obama] didn’t even have the accurate facts. And then [the media] say, ‘What a wonderful job.’ What was wonderful about [her speech]?” President Trump responded to a reporter’s question Tuesday afternoon in Yuma, Arizona, about day one of the 2020 Democratic National Convention (DNC).

RNC Convention Day 1 Don Trump, Jr NOT AT HIS BEST?

Don Trump Jr delivers a very well written speech at the RNC Convention Day 1. He has some issue with his eyes? A cold? And his delivery is a bit clipped. He was not at his best here. Perhaps trying too hard? 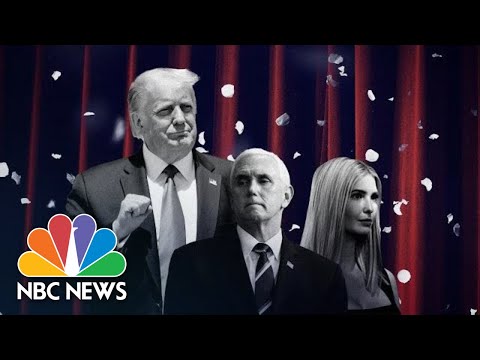 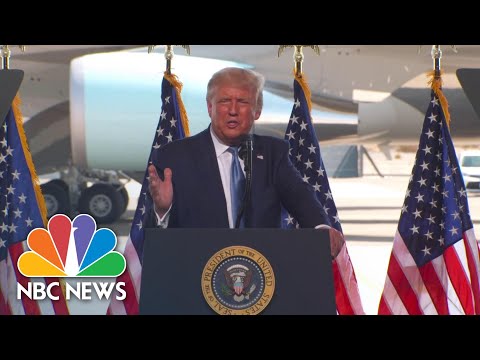 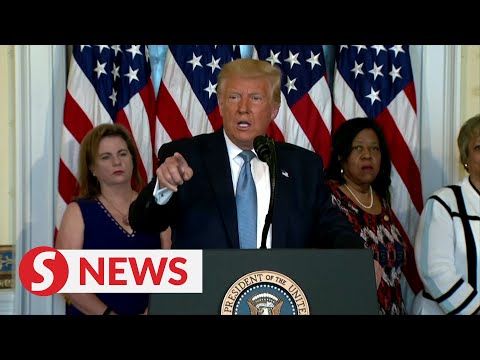 Following night 1 of the Democratic National Convention that saw former first lady Michelle Obama give a scathing attack against four more years of Donald Trump in office, the US President on Tuesday (Aug 18) called the speech “divisive.” 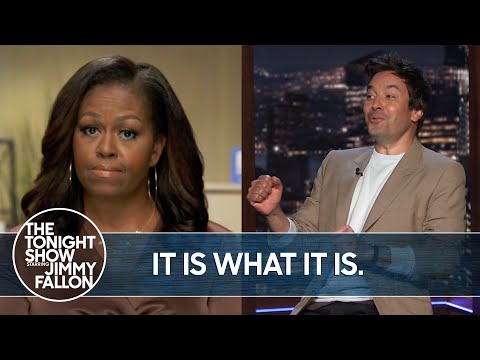 Jimmy addresses Trump’s response to Michelle Obama calling him out during her speech at the 2020 Democratic National Convention. 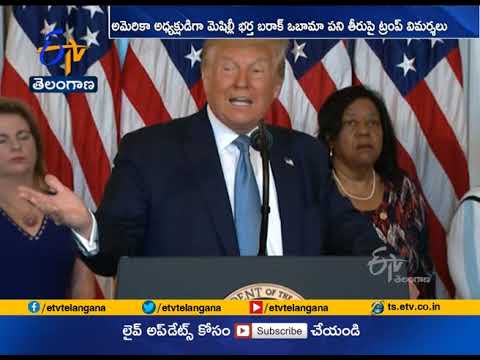 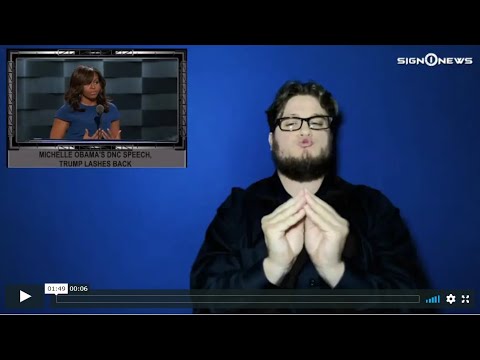 Monday kicked off the first night of the Democratic National Convention.

The night’s headliner for the completely virtual event was former first lady Michelle Obama, who made a moral case against President Trump and called him the “wrong president for our country.”

She also called on Americans to vote.

#DonaldTrump was filled with criticism of #MichelleObama’s speech at the Democratic National Convention. He was upset she didn’t mention that MORE Americans have died of the rona! And he also claimed her speech was divisive. He knows that very well! 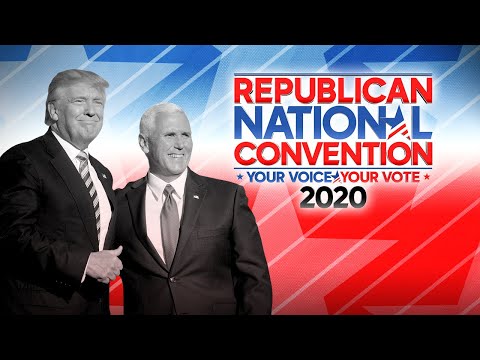 Watch Day 2 of the 2020 Republican National Convention with appearances from the following: https://abcn.ws/2EsBAxj 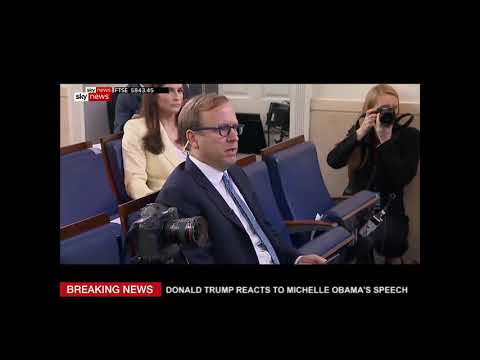 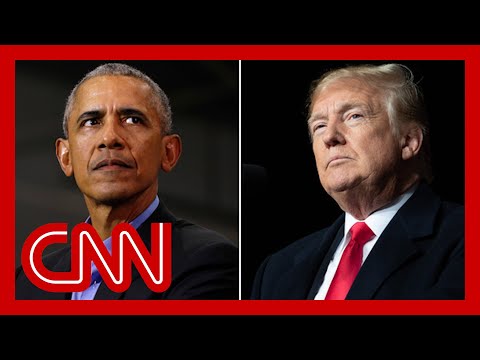 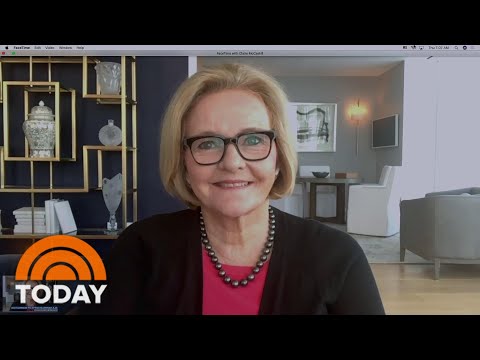 Rich Lowry, editor of the conservative National Review, and Claire McCaskill, former Democratic senator, join TODAY to comment on the third night of the Democratic National Convention. McCaskill says that Kamala Harris did a good job letting people know “who she is and where she came from,” and Lowry calls her speech a “good introduction.” McCaskill also praises former President Obama’s “towering and sobering” speech, and Lowry says “we’ve never heard on president talk about another” as Obama did about Trump.
» Subscribe to TODAY: http://on.today.com/SubscribeToTODAY
» Watch the latest from TODAY: http://bit.ly/LatestTODAY read more 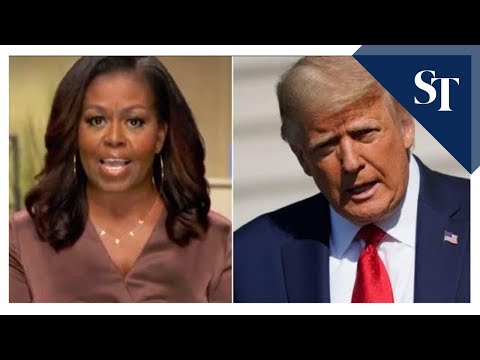 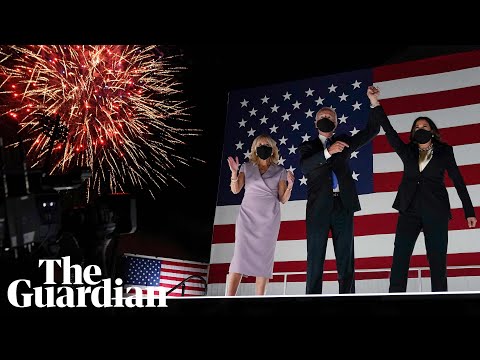